Why I came to Bali… 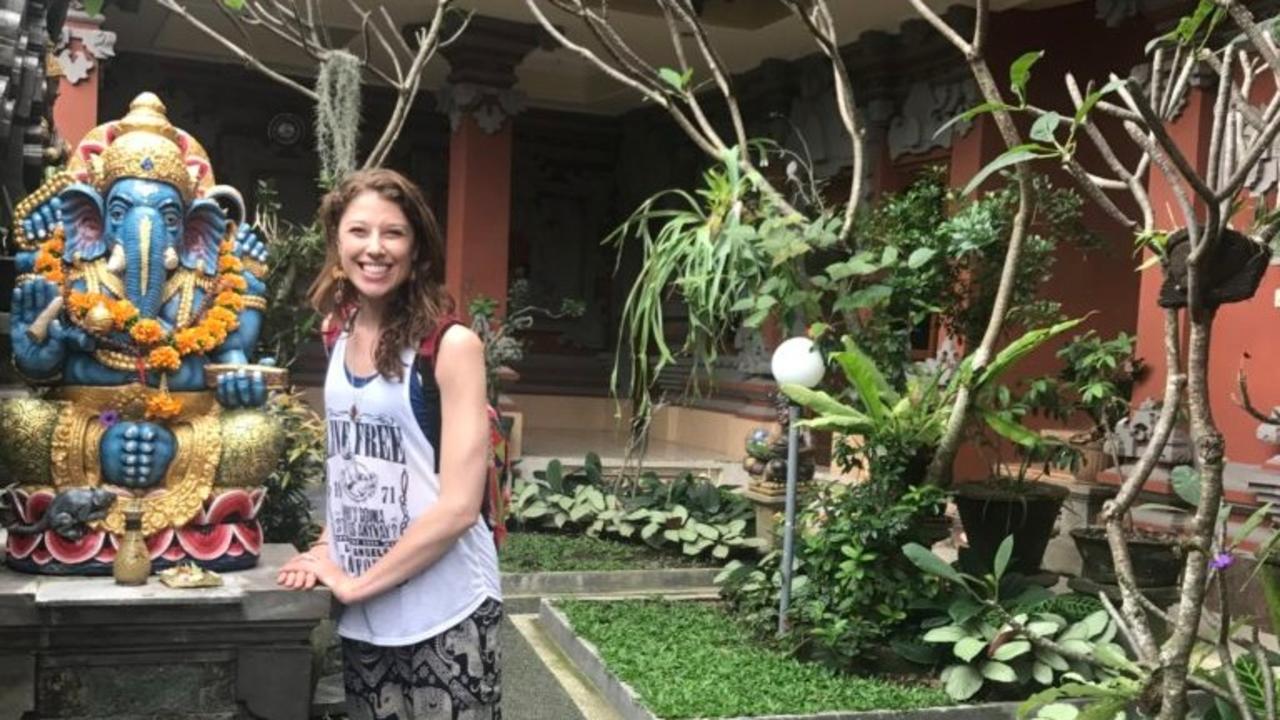 (Warning: this post is gonna have lots of pictures and emojis 📷😜)

It all starts last summer when I went to Burning Man for the first time. For those of you who haven’t gone or heard of Burning Man, it’s a huge week-long festival in the Nevada Desert that centers around radical self-reliance, expression, and love. It’s a place where you can walk up a stranger, hug them, and within seconds be in deep conversation.

Obviously, I made a lot of friends at Burning Man last summer. But the closest friend I made was Andi, a naturopath and yoga teacher who at the time was living in Bali. 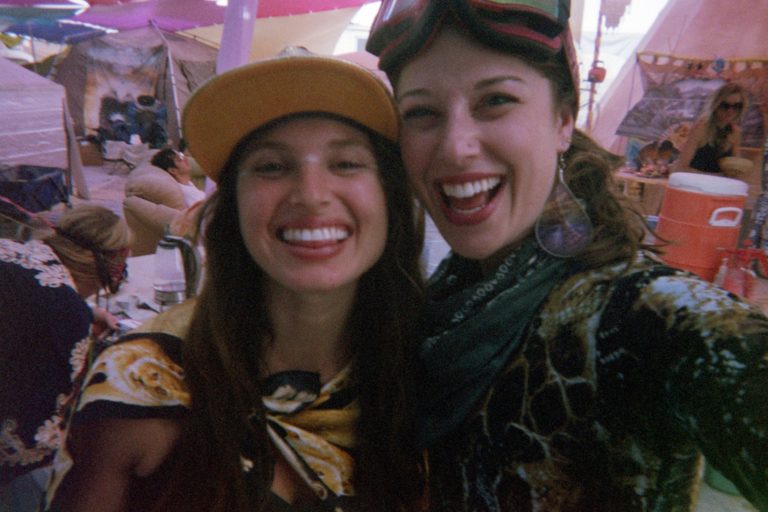 Me and Andi at Burning Man, September 2016

Now Andi didn’t invite me to Bali. In fact, she moved away four months later. What she did do was connect me with her friend Kevin, also a Bali-based yoga teacher. Kevin was coming to New York City over Christmas, and Andi sent me to his class. And it was after Kevin’s yoga class in NYC this past December that I heard myself saying: “I’m going to come visit you in Bali.” 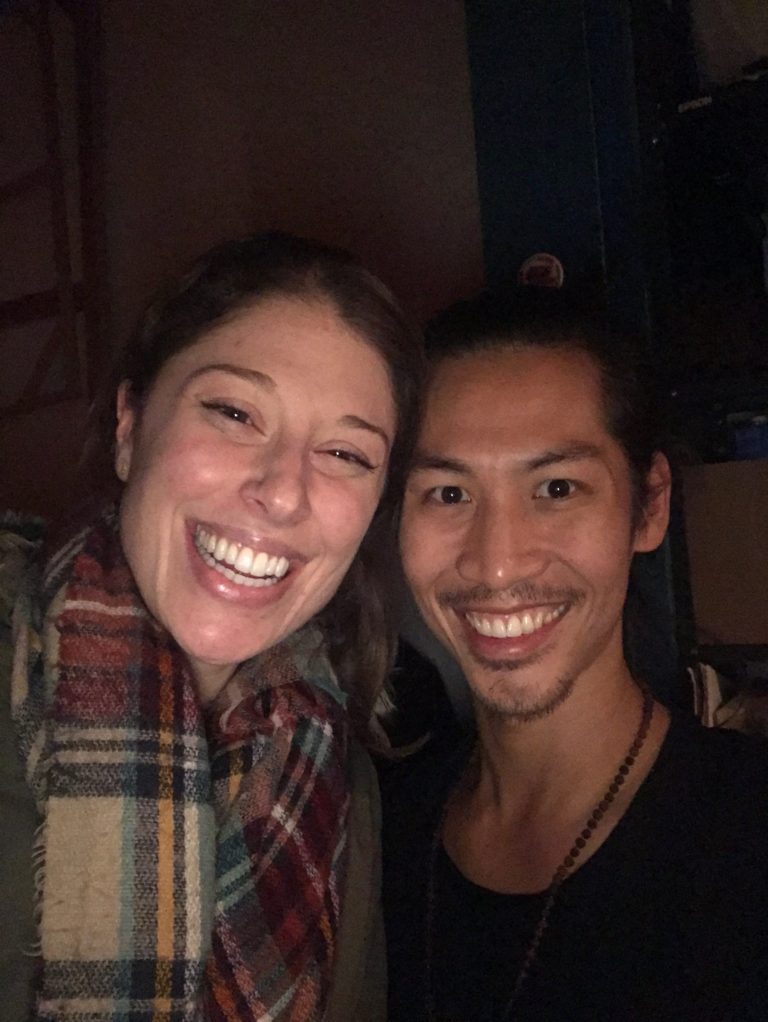 That sentence, uttered aloud, was immediately followed by this barrage of thoughts: “WHAT did you just say?! You can’t go to BALI!! You can’t afford to, and besides you couldn’t take that time off from teaching even if you wanted to!”

Followed by: “Right. What a silly idea!”

Fast forward two months, and I was starting to feel that I could really use a break. When I checked my mental calendar, I realized that between my work at New York Film Academy and other acting schools, my private clients, and my online classes, I really hadn’t taken longer than a week’s break from teaching in FOUR YEARS. Count em: 4️⃣

There’s this saying that you can’t draw from an empty well, and metaphorically speaking, when I looked down I saw that the water was getting kinda low. So I thought to myself, “I guess I better take a break. Now if I were going to do that, what would I even do??”

Now, I purposefully didn’t do a lot of research before I came. In the past when I’ve taken big trips like this, I’ve always wished I’d planned less. So I decided I’d do that. But I did spend time thinking about what I wanted to get out of my sabbatical in Bali, and I came up with an answer very quickly…

As you know, my business is called Voice Body Connection. I teach about voice, the body, and how they’re connected. My years of study in voice come from a theatre, singing, and speech science perspective primarily. My studies in movement are mostly yoga and other somatic practices (including Body-Mind Centering, which I’m headed to study in Montréal in August… more on that in a future episode 😉).

Over the last few years I’ve also been diving deeply into Vedic knowledge through my meditation and Ayurveda practices (Ayurveda is the Indian science of health, and it’s helped me through my experiences with acid reflux and my ongoing autoimmune issues with psoriasis which you can learn about here).

So I’ve spent a lot of time studying the ancient Indian stuff when it comes to philosophy, breath, movement, meditation, and food. But what I haven’t done as much is delve into what the rishis have to say about SOUND. And I teach VOICE you guys!! I sense a gap here.

Now I get it, I could have gone to India. And I totally will, and you’ll get to see those pictures too. But I chose Bali this summer because there’s a crazy amazing community of yogis in the center of this little Hindu island (which, for the record, is in the middle of the largest Muslim country in the world – Indonesia). Also, according to a lot of people who have traveled to both places, Bali is an easier place to rest and have a sabbatical. I’ll do India when I’m feeling a little more hearty. 💪

My biggest goal this month is to have no goals and be moved where I’m led.

But, my other goals – we’ll call them desires – are to read a lot, move my body every day, sing and chant every day, and make and eat wonderful food.

Here’s what my life is looking like these days: 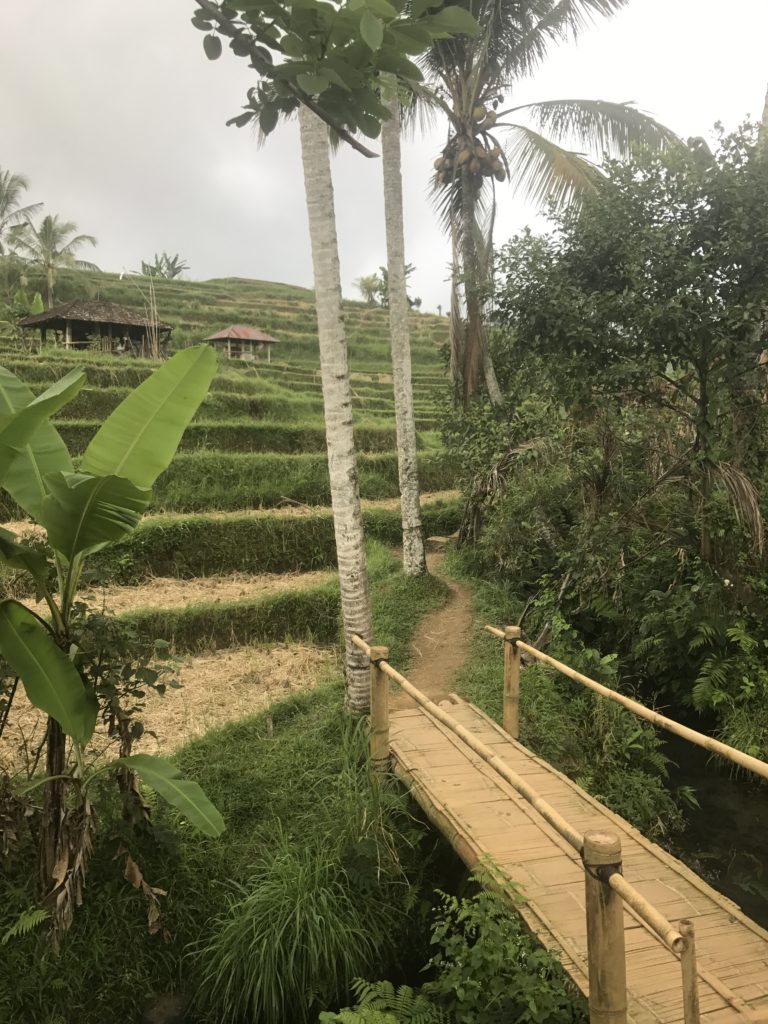 If I had to share a picture that shows what Bali looks like, this would be it. At the rice fields in Jatiluwih, north of Ubud. 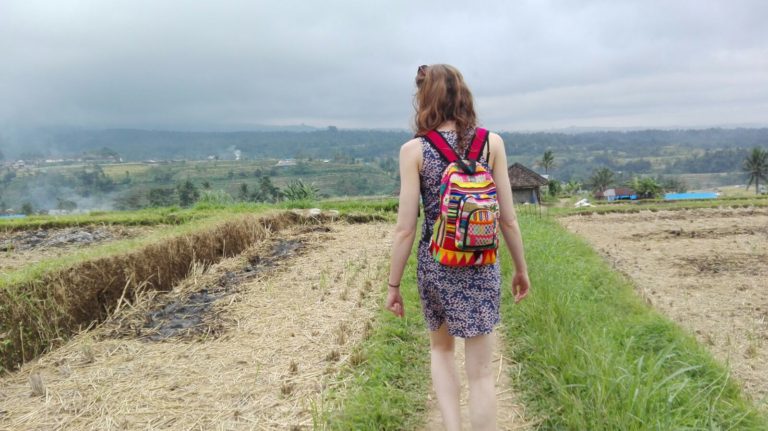 Walking through the rice paddies 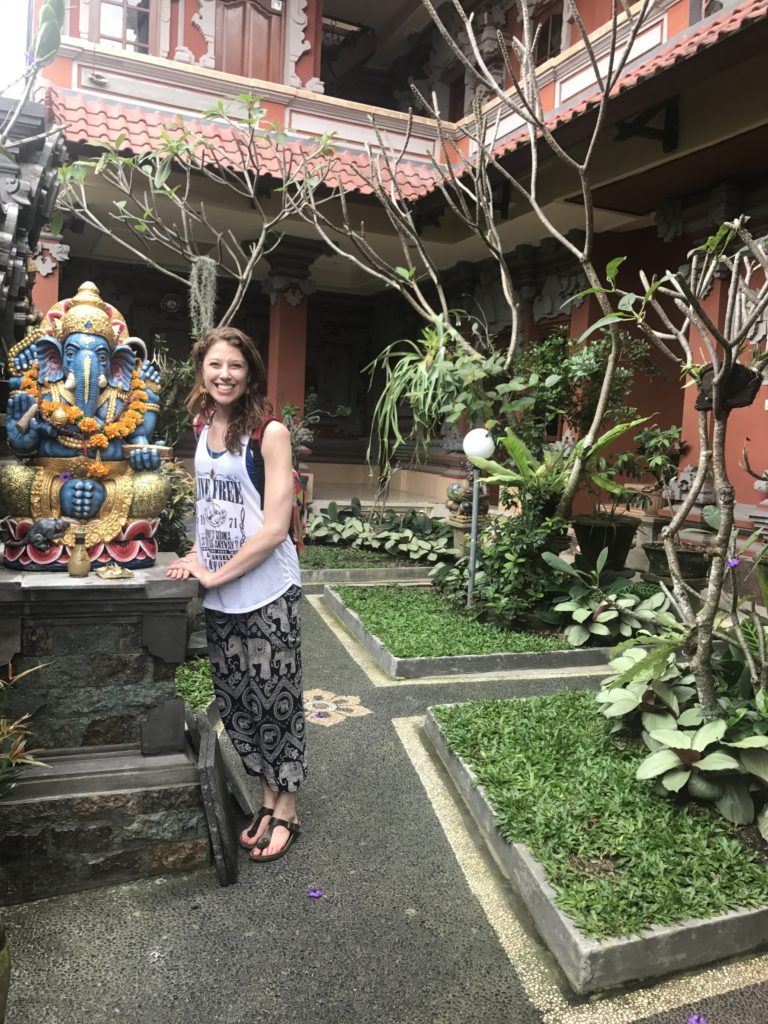 In the courtyard of my first home here, Banana Homestay. With my buddy Ganesh.🐘 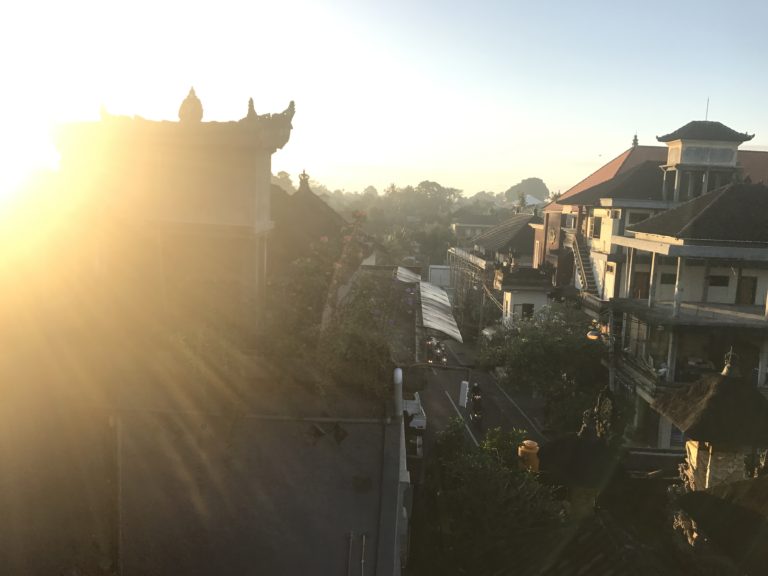 Sunrise from my patio on my first morning☀️ 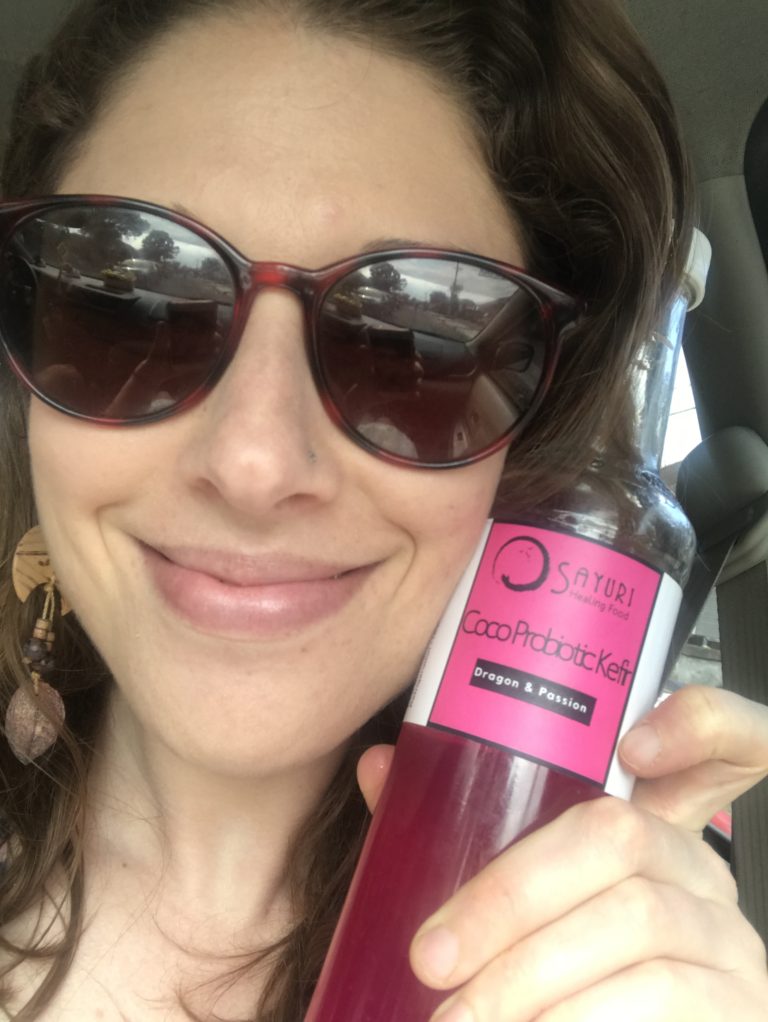 Dragonfruit coconut kefir from Sayuri Healing Foods. It was weird but I have a feeling I’m gonna crave it tomorrow… 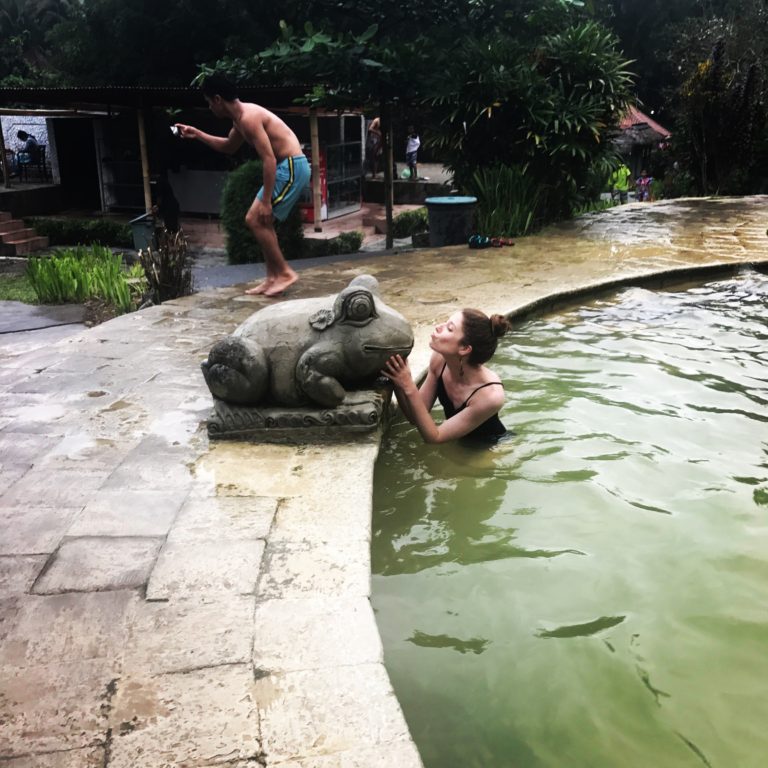 Kissing a frog at the Penadahan Hot Springs 😘🐸 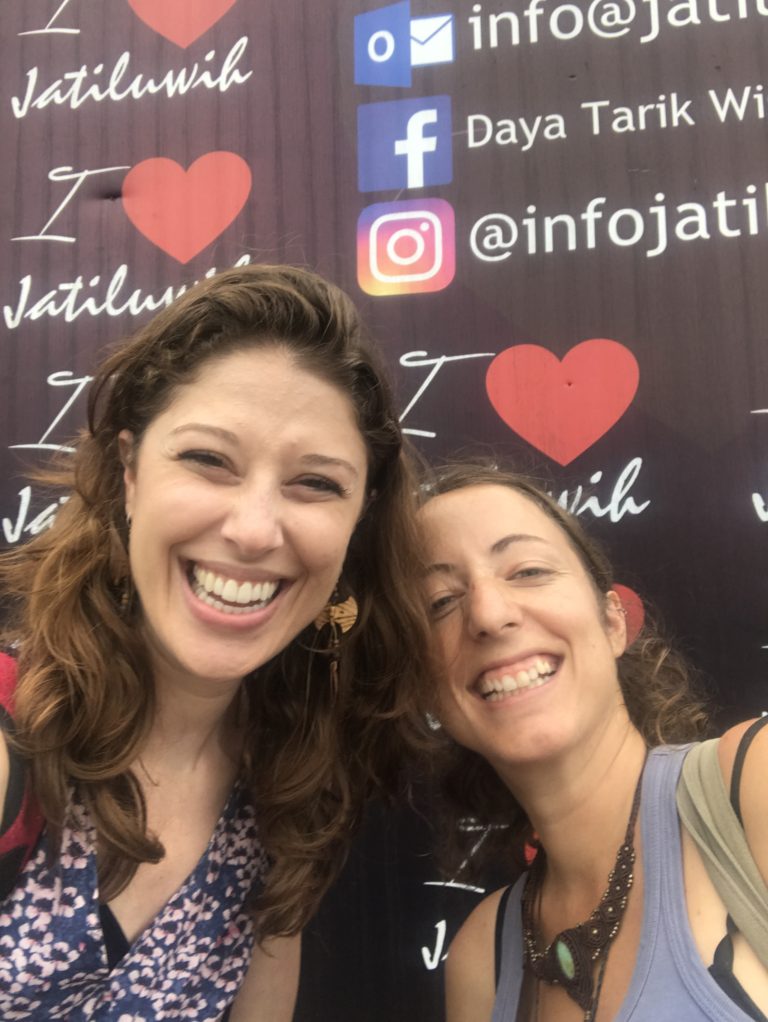 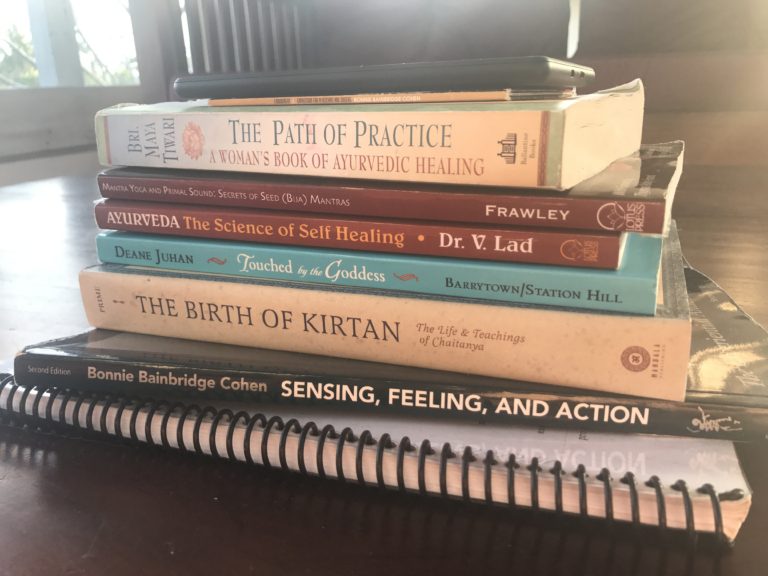 My stack of books (that’s a kindle at the top – finally invested so I wouldn’t bring three times as many as this!)

I’m really excited to report back and share more about my discoveries and thoughts. And of course to bring what I learn into my teaching in the fall.

If you’re excited that I’m moving in this direction, will you tell me? I would LOVE to know! Comment below this blog or send me an email ([email protected]) 😊

I’ll add that I am still doing some work this summer, but it’s on the bigger picture of my offerings. As they say, sometimes you gotta take a break from working in your biz, so you can work on your biz! So standby, because in a few weeks I’ll have a survey for you about what you’d like see from me in the future. Best to make this a conversation I think!

Thanks for joining me on this journey, and looking forward to connecting soon. 💗✨