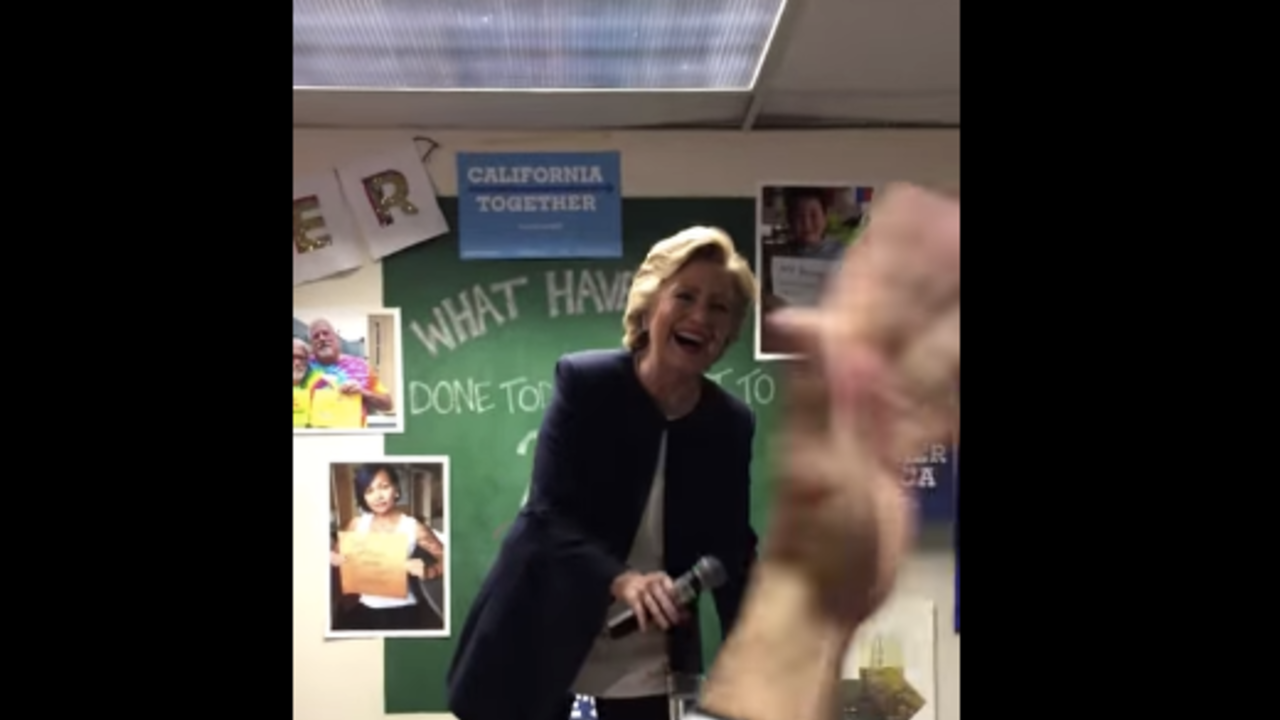 I’ve been getting Hillary Clinton’s campaign emails since last spring, and there’s something that’s really struck me about them… when the primaries concluded and it was clear that our candidates were Hillary and Donald, all of Hillary’s emails were versions of a very particular message: we can’t let Donald Trump be our next President.

Now do I agree? Yes I do, 100%. But I found it odd and disconcerting that the emails were so focused on what Hillary stood against, and not on what she stands for.

I’ve been sitting with this feeling for months, and then last Wednesday I got this very excited text from my brother:

“I have the impression that Hillary might be at the event I’m going to tomorrow.”

My brother has been volunteering tirelessly at the San Francisco headquarters of the Clinton campaign, and his supervisors sent an email saying “you don’t want to miss our meeting tomorrow.” Sure enough, when he arrived on Thursday at headquarters Hillary was there. With his own two hands he held up his cell phone and recorded a video of her speaking to the group. It’s a video that, quite frankly, I’m disappointed hasn’t gone viral. Here it is:

To me this is the best, most authentic and heartfelt speech I’ve ever seen Hillary give. In this moment I’m finally hearing Hillary speak in a very grounded way about what she stands for – specifically love, kindness, respect, and dignity. Listening to this speech makes my heart leap up, because these are the ideals I believe in too, and the principles I believe our country must stand on.

Now I’m a person who’s all about speaking my truth. As a voice teacher, I teach people how their voices work and I share lots of techniques and exercises. What is all of that in service of? It’s in service of allowing us to speak our truth.

For months I have been yearning to hear Hillary share more of what she believes in. I’ve yearned to hear her speak about her years of service to the men, women, and children of America not just as a defense to Donald Trump’s “what have you been doing for the last thirty years” question, but as a testament to the ideals she believes in and the America she wants to continue to shape and build.

When I watch this video, I have a deeply felt sense that Hillary truly does believe in a foundation of love and kindness for this country. I get the sense she believes in it down to her bones. I never want to presume anyone else’s truth for them, but my gut tells me these words are authentic. Like a tuning fork setting the corresponding string of a piano into vibration, Hillary’s words resonate like truth in me.

I wish Hillary would share more of this side of herself with us more often. If this is her truth, I wish she would speak it louder and on the more public stages.

I wish this for Hillary and I wish this for all of us. When we speak the deepest truth in our heart, it empowers everyone around us to do the same. As a result, it raises us all. I think our country and our society needs more of every single one of our voices right now, and I hope we can all start to step into them more fully. Hillary, our hopeful future President, can lead the way.