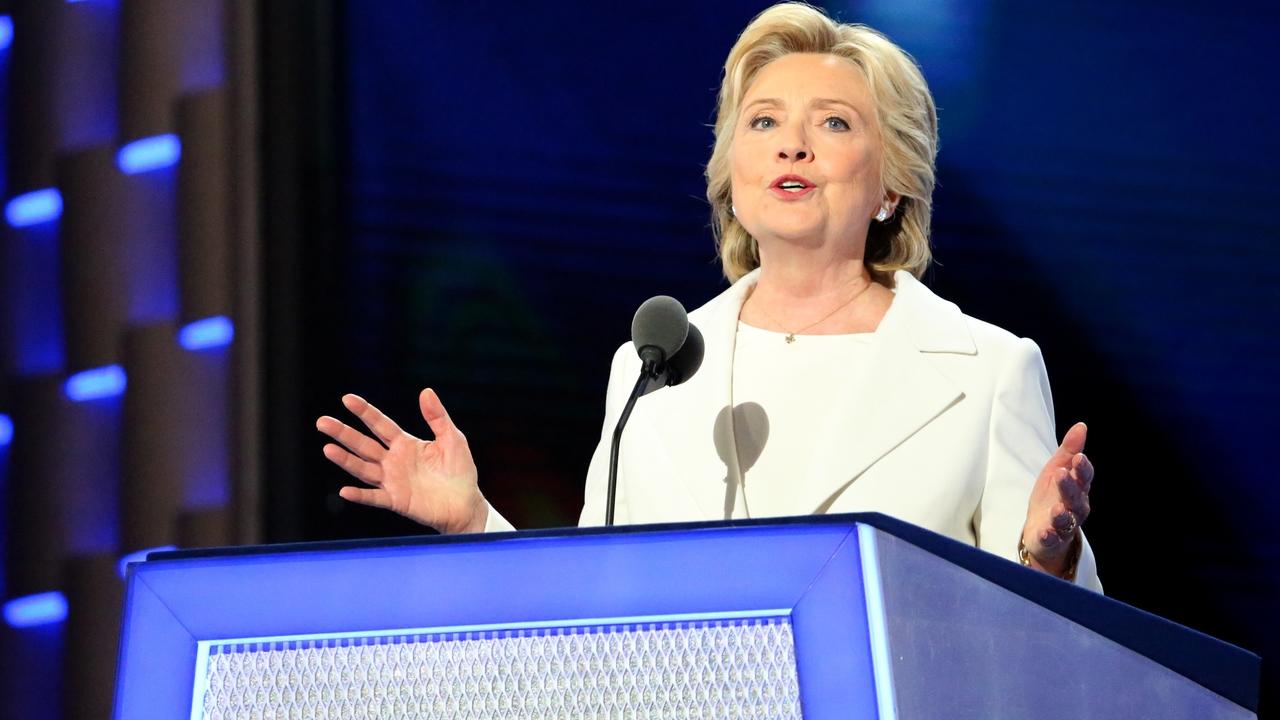 As a voice coach, I’ll be the first to admit that Hillary is employing some less than ideal tactics at times for placing emphasis on her message. But as a woman, I cannot ignore the fact that these critiques on Hillary’s voice feel like a broader critique about the female voice.

In the recent Humans of New York post about Hillary, she is quoted saying: “I’ll go to these events and there will be men speaking before me, and they’ll be pounding the message, and screaming about how we need to win the election. And people will love it. And I want to do the same thing. Because I care about this stuff. But I’ve learned that I can’t be quite so passionate in my presentation. I love to wave my arms, but apparently that’s a little bit scary to people. And I can’t yell too much. It comes across as ‘too loud’ or ‘too shrill’ or ‘too this’ or ‘too that.’”

Now I don’t know about you, but I want my leaders to be passionate. I want them to care deeply about the changes they plan to make in the world. Yes there are things that Hillary could do differently about how she channels her passion. However it’s possible that it is her passion itself, expressed through a female form, that is at the center of some people’s critiques. If that is true, then I’ve got some big ole questions for the collective consciousness:

Is there space in our society for a passionate female voice?

Is there a certain level of passion that is acceptable from women, and a certain point at which it becomes too much?

Do women need to be more like men in order to have their voices accepted in this world?

These are big questions in my book. And if we’re talking about women and passion and voices, then what we’re also talking about is authenticity. Because yes, passion can lead people to push beyond their authentic message. But it’s also very possible to deliver speech in an impassioned, authentic way.

The biggest concern about Hillary Clinton that I’ve heard articulated by many people is that they’re not convinced she’s authentic.

What’s the main avenue by which we judge someone’s authenticity? Their voice and their movement. If someone’s voice or facial expressions or gestures don’t match the content of what they’re saying, we don’t trust them. Now if Hillary has spent her whole career moving up in a political landscape where she’s felt that she needed to tone down her vocal and physical passion or make it more ‘masculine,’ then is it any wonder that people now watch her up on a stage and question whether she’s authentic? If she’s been told her whole career to be different than she is, is it any wonder that she doesn’t always sound like herself anymore?

In a moment I’m going to spend some time talking about what could change about Hillary’s voice, and how I would coach her if we were working together. But it is imperative to me that before we dive into this question of what a woman can change about her voice to be more acceptable, we consider the flipside: the way we can change our society’s perception of the female voice so that it is more accepted. I strongly encourage you to read this brilliant recent article called “Can A Woman’s Voice Ever Be Right?” from New York Magazine to consider more of the history of the ‘hysterical’ and ‘crazed’ perception of the passionate female voice.

So how would I coach Hillary?

I would work on helping her find a balance of breath support that allows her vocal tone to be rich and full. In order to do this, we would need to address her habit to push her loudness. When Hillary wants to emphasize a point, she has a tendency to push her volume rather than rely on vocal inflection to emphasize her message. Instead of using the full range of pitches of her voice at a well modulated volume, she forces air pressure through her vocal cords. The problem with this habit is that it reduces the natural resonance of her voice. When Hillary is speaking at a well-balanced volume, there are more overtones in her voice and these make it sound richer. However when she goes into pushing mode, the overtones compress so that even if her fundamental pitch hasn’t gone up much at all, her voice sounds more strident and shrill.

Let’s look at this in action. Here’s a clip from a rally this past March 15th during the primaries. During this speech especially, Hillary was criticized for her yelling. Watch for a bit from 0:32 and you’ll hear her tendency to push her voice over the crowd, her impulse to speak over applause rather than waiting for it to die down (Obama is an example of someone who chooses to wait), and the overall vocal fatigue present in her voice (likely exacerbated by these habits):

Not ideal, certainly. But what people don’t realize is that Hillary is also very good at modulating her air pressure so she’s not pushing. She tends to be much better at this in calmer circumstances like debates and invited speeches. Here’s Hillary speaking compassionately, with depth of tone, good pitch range (it gets better as she goes along), and genuine presence at the beginning of her final debate with Bernie Sanders. Watch her opening remarks starting at 4:30:

When people ‘mess up’ it tends to stick in our heads. And dare I say, when women mess up it seems to stick in our heads even more. Having done a lot of Hillary speech-watching in the past couple of days, I can tell you with confidence: she’s not shouting nearly as much as you think she is. Yes she can work on it. But let’s also allow ourselves to notice the many times she’s speaking from her heart authentically and with true resonance.

We have an incredible opportunity on our hands. We have an opportunity to elect the very first female president. Furthermore, in Michelle Obama’s words, “we have the opportunity to elect one of the most qualified people who has ever endeavored to become president.” (I’m quoting from this article about Michelle Obama’s Friday September 17 speech at a Clinton rally in Virginia.) In my opinion, electing Hillary Clinton would not only move us forward as a country, but also as a society that aims to raise the status of women globally.

As a vocal presence coach I agree with the public that Hillary could use some more coaching (and I’m sure she’s already had tons!). What Hillary needs from a speech coach is the thing that most women I encounter need: to practice how to deal with increasing levels of energy in higher stakes situations.

Can Hillary handle these high stakes situations? Yes, I believe she can. When I look at her I see a grounded, thoughtful person. But when she becomes passionate, the additional energy tends to drive her voice and her gestures to be pushed. Like so many women, she’s been told for her whole life not to overdo it. So now she’s stuck in a cycle: At first she holds back and maintains ‘composure.’ Then she becomes energized and begins to push. People respond by saying she’s pushing and inauthentic.

Hillary’s voice may be sometimes be strident. But it is also full, resonant, varied, and rich. And it is female. Let’s work on letting that be okay.

We’ll do our work on the perception side, and I trust she’ll keep doing her work too. And then I hope we can all enjoy spending a lot of time listening to her over the next four years.