It’s time to take action and lift our voices 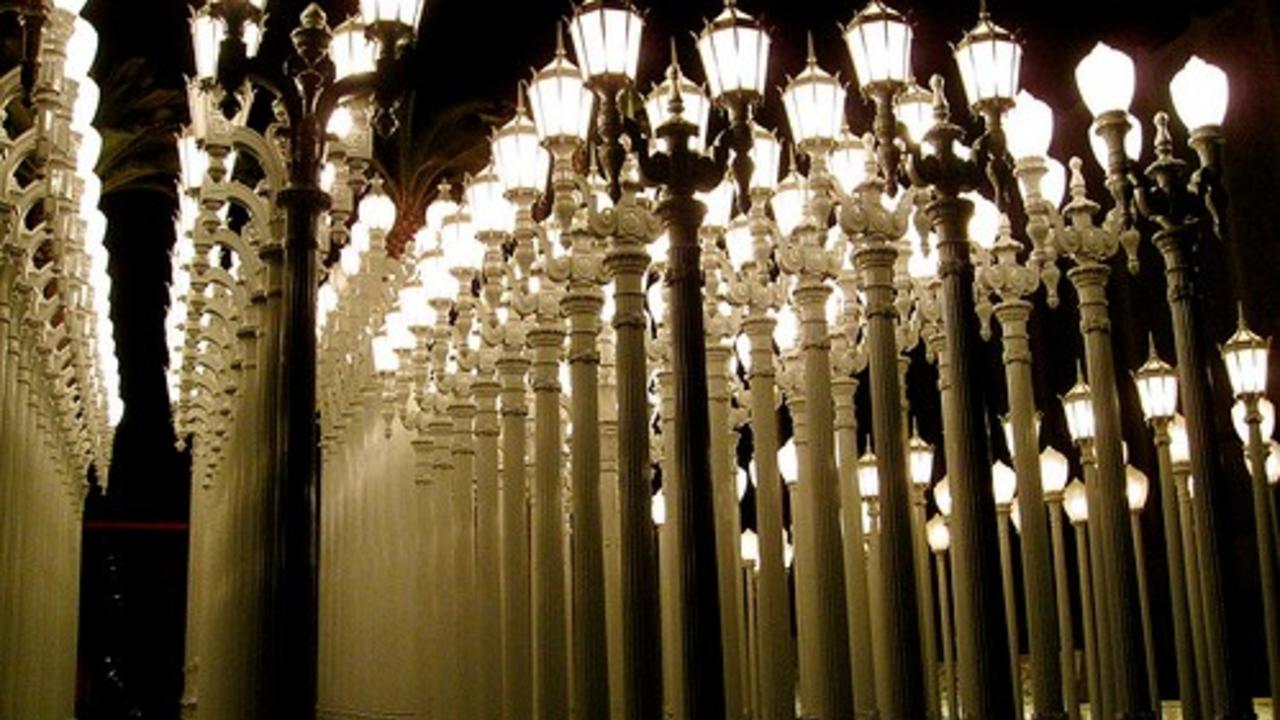 Yesterday morning when I woke up the world felt incredibly quiet. I, my family, my friends, so many of us, were in shock. I truly didn’t think we lived in a country where we would elect Donald Trump.

I’ve been thinking a lot about something I studied during my sophomore year of high school in European History class. At the beginning of that year we learned about these two enlightenment philosophers, John Locke and Thomas Hobbes. Here’s a breakdown on their theories:

John Locke believed that humans are inherently good. He argued that we are tolerant and reasonable. He advocated for government, because he saw that ownership could make us selfish. But at heart, he believed in the goodness of human nature.

Thomas Hobbes believed that humans are inherently deviant. He argued that our tendency is toward discord and war, and that we must establish a strong central authority to have a civil society.

Learning about these two old white dudes, I immediately identified with Locke. I’m totally a glass half full kinda gal, and the Hobbes argument simply didn’t make sense to me.

Fast forward to this past month, and I’ve been having a related conversation with my boyfriend Austin. He spent last month on a cruise ship in the Mediterranean working as a chef. The experience was not at all what he’d been promised it would be… quite frankly it sucked. In the process of trying to comfort him, I would say things like “Be gentle with yourself.” He’d respond “I can’t be gentle. I can’t give up. There is darkness here, and I have to fight for my health and my happiness.” Since he’s been back we’ve been unpacking this conversation further, and I’ve come to realize that our differing opinions around the idea of being gentle have to do with the different ways we see the world. Maybe a little bit of Locke and Hobbes if you will.

In our conversations, Austin used language about fighting a battle. He felt his health and happiness on the ship was something to fight for. Meanwhile I’ve never really identified with being a warrior. I’ve actually been studying the Indian goddesses recently, and the one I’ve been connecting with most is Lakshmi, the goddess of beauty and abundance. The warrior goddesses like Durga and Kali haven’t called to me. In my life I haven’t deeply experienced the need to tap into warrior energy. So over the past week I’d been sitting with the question:

Is the value of warrior energy a blind spot for me? Is there sometimes a reason to fight?

Then I spent Tuesday night staring incredulously at CNN as most of the map of the United States turned red. I was astonished by the amount of people in this country who felt that Donald Trump could help them have a voice.

I am in shock and I am very sad. Yesterday I let myself sit around in my pajamas and skype with friends and feel the sadness. But I couldn’t ignore that this moment is actually a call to action. The people who voted for Trump have been feeling disenfranchised and silenced for a long time, and this election has simply brought their feelings to light.

Turning to another source of knowledge… in the Bhagavad Gita, one of the most important texts of yoga, the Prince Arjuna argues with the Lord Krishna, resisting his duty to become a warrior. Arjuna is being called into a sacred battle against an army that includes his own cousins in order to preserve righteousness in the world.

Now the call in this moment is not to go to war against our cousins – that’s certainly not what I’m saying. However…

There is indeed a reason to fight for righteousness, and for making space for EVERY. SINGLE. PERSON. in this country to have a voice.

I now understand the need to act like a warrior. I understand why we must fight the good fight and speak up loudly for what we believe is right. We all need to step up and add our voices. So here’s my contribution:

For the past year, I have been in “beta” with a project called Speak From Your Vagina. The mission statement of the project is to explore the embodied and voiced experience of being feminine in today’s world. I’ve been holding women’s circles in New York City with groups of friends, in which we work on expressing ourselves and brainstorm about issues that can contribute to elevating feminine expression and empowerment in our society.

Never in my life have I sat around preparing to launch a project for over a year. It’s not like me, but the truth is that I have been scared to launch Speak From Your Vagina full scale. Scared for reasons that I don’t even fully understand. Yet today I see so clearly that my fear and my “I’ll launch it in 2017” excuses are not bigger than the need on this planet. So stand by – next Thursday I’ll share fully about Speak From Your Vagina and how you can get involved.

Two days after the results of this election have been released, I still believe that we humans are inherently good. I believe that we will be okay and that our country will be okay. But right now there is a reason to fight for righteousness, and this moment is a call to action. In the Bhagavad Gita Arjuna’s dharma – his sacred path – is to become a warrior. I am have been realizing that mine involves not only working on elevating voices, but also on elevating the feminine. What is yours? Because the world needs it now.

Those of us who are conscious and awake and questioning are lights. My meditation teacher Thom Knoles calls us lampposts. It’s time for us to stop having insular conventions of lampposts mostly on the coasts and in the big cities of this country. If we want to light up this whole nation, we’ve got to spread out. It’s time to take action, listen to those whose voices are begging to be heard, and spread our light. Here we go.

I’ve been feeling uneasy since I wrote the blog above two weeks ago, and so I’ve wanted to write an addendum. No one really called me out on what’s not sitting right with me. In fact, I got a lot of positive responses to what I wrote. Nonetheless here are some additional thoughts…

I was very alarmed watching the map turn red on election night because, for me, red represented sexism, racism, homophobia, bigotry, and hatred. That reality remains terrifying to me. But processing in the days since the election, I realize that these are not the only reasons people voted for Donald Trump. For one, many people simply did not want to vote for Hillary Clinton.

I know a lot of people have had issues with Hillary Clinton and her authenticity and integrity. Personally, I think the issues of trustworthiness that Hillary has raised are nothing new. I think Barack Obama has shown incredible trustworthiness and integrity during his time as POTUS, but I can’t think of a lot of other politicians who I feel that way about. I cannot shake the belief that the main reason Hillary Clinton was held up to an unreasonably high standard is because she’s a woman. Her womanhood required her to be extra squeaky clean in order to pass inspection.

This election has played up our dharma as a country. We’ve had this woman who, like the archetype of the feminine, is a little bit messy and not perfect. She’s been up against an individual who is racist, sexist, a bigot, and has trouble forming a coherent sentence. Yet, he speaks to change. For that reason, Trump has had a galvanizing effect for many people in this country. We are truly living in a moment of duality and acceleration.

A couple days after the election it occurred to me that if Hillary won, I would have been sitting back on my haunches feeling excited, righteous, and preparing for a sometime-in-2017 launch of my new project “Speak From Your Vagina.” The election shot me into action. I would have never wished for this result, but I think maybe it’s what I needed and perhaps what a lot of us needed. The universe just sent all of us a really clear message that we cannot be complacent.

The part of my above post that I’ve continued to turn over in my brain is the idea of these lampposts. It’s an image that really spoke to me when I first heard it in my Vedic philosophy studies. However I realize that what I wrote could be construed as superior, and quite frankly that sucks. So I needed to mull this all over in my brain more.

There is a simple fact that people all over this planet live at different levels of consciousness. Some people are simply trying to survive, have food in their belly, maintain shelter, and take care of their family. Others on the planet are privileged to be safe and have their basic needs met well enough, so that they are able to pursue things like knowledge and art. When humans are able to read and study and converse, they expand their level of consciousness… meaning they become more aware of how big and varied the world around them is. Another way of explaining our level of consciousness is: what kind of bubble are you living in?

I am incredibly privileged in so many ways, and I’ve believed my bubble was quite big. Since the election though, I’ve been rudely awakened to the fact that I too live in my own little (liberal) bubble. My consciousness needs to be expanded, absolutely. On a quantum mechanics/spiritual/metaphysical level, every being on this planet is equal. However energetically, our consciousness affects our vibration… the frequency at which we vibrate in the universe. It serves the planet when every (or any) single one of us to raises our vibration.

I do think that the election of Trump means that more people in this country are living at a lower vibration, focused on meeting their basic human survival needs. The lamppost image for me is about raising consciousness, not just spreading liberal values from the coasts throughout the country. Most importantly, it’s crucial that we all feel safe. Once we do though, we must endeavor to expand our awareness about people living outside of our own bubble. Those on the left require this expansion as much as those on the right.

This election has burst my bubble and raised my consciousness. If it’s causing many of us to ask questions, come together, and have a real conversation more readily, then I guess it was a good thing. I guess it was exactly what we needed.