In honor of our teachers, and today especially my teacher Paul 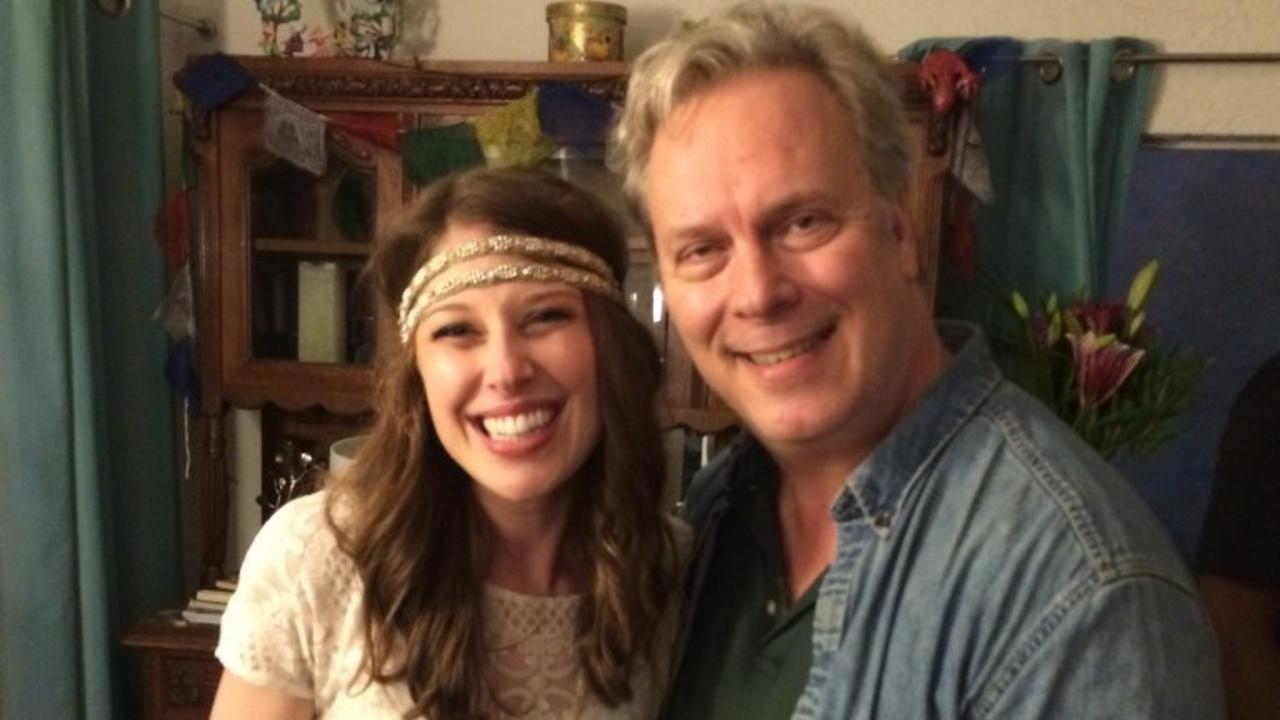 This past Tuesday was Guru Purnima, one of the most special days in the Vedic tradition. It is a day marked on the full moon in July which celebrates our teachers, our gurus. As a Vedic meditator, I was really thrilled to be able to observe it in the company of a huge group of fellow meditators here in New York City. We gathered together to make puja (a beautiful ceremony with fruit, flowers, and chanting that pays homage to the lineage of teachers), ask for a wish for the coming year, and to meditate. 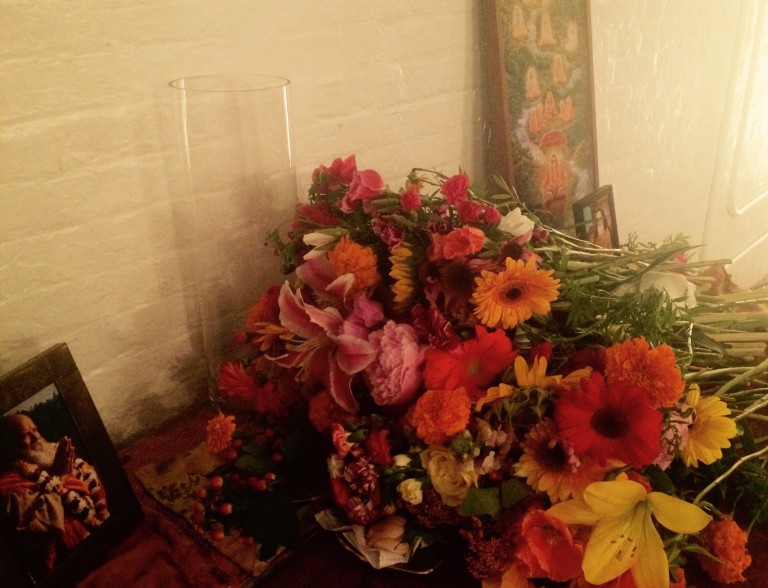 This year Guru Purnima was extra special to me because only the day before I’d received the news that my friend, teacher, and mentor Paul had passed away very suddenly. So today I would like to dedicate my writing to all of my teachers, but especially to Paul Backer, voice guru extraordinaire.

In the west our concept of the word “guru” usually involves a larger than life personality with a big ego. However the Sanskrit word guru literally means “remover of darkness” or “bringer of light.” It is completely accurate to say that Paul Backer was a true guru. He was larger than life certainly (the man stood 6 and half feet tall with a huge booming voice), but he had absolutely no ego. In its place he just had a big, big heart. Paul was one of Catherine Fitzmaurice’s first students when she began teaching her theatre voice technique, and thus became a Master Teacher of Fitzmaurice Voicework. By the time I encountered Paul at USC in 2004 though, he was teaching a huge combination of different methods and ideas in his voice class. We certainly did a bunch of Fitzmaurice work, and Paul’s way of sharing it ultimately inspired me to become certified in that technique when I decided to become a voice teacher. But really you never knew what was going to happen when you showed up to Paul’s class… one day it might be Fitzmaurice, one day Linklater, another day Qi Gong and a discussion of the dantian, the energy center in the Chinese medicine system. Whatever Paul was reading about and fascinated by at the moment made its way into his classroom.

Paul’s voracity for knowledge was insatiable. He absolutely embodied the concept of the lifelong student. At the time that I was his student during my undergraduate degree at USC, he was commuting down to Irvine to earn his PhD on top of teaching a full-time load of classes. Ask any one of his students though, and we will all agree: Paul was ALWAYS present. He showed up to every show, his door was open whenever you needed a chat, and he came to every party we invited him to. Paul lived and breathed for his students. He called us all his children.

When I decided to become a voice teacher, Paul was over the moon. He gave me all the support in the world, including writing a recommendation letter for my grad school admissions that was two full pages. Not double spaced. I was bowled over when he handed it to me to read. Not by his flattery, but by his attention. He remembered details about my training that even I had forgotten. He spoke about my history and my future in the way that only someone who truly cared could. Paul’s presence was a gift to the world and his students, and certainly to me.

Another teacher I admire, Anne Bogart, wrote in an essay that we must understand “the shoulders upon which we stand.” I read those words over a decade ago – very possibly because Paul recommended I ought to – and I haven’t forgotten them since. If I stand upon Paul’s shoulders, I stand upon the shoulders of a mighty, benevolent giant. I seek to emulate his openness, his curiosity, his cross-disciplinary interests, his insatiable spirit, and his unflailing presence.

Paul, I think those of us who knew you all pictured you getting very old in a comfy chair and your polo shirt, listening intently to the developments of our lives and weighing in with advice and support. A phrase I’ve heard in relationship to the lineage of Vedic gurus is that when they pass on they “drop their body.” You have dropped your body, but your spirit remains. I am certain that you will never be forgotten and that your legacy will live on in all of us. Thank you for showing us what it truly means to be a teacher. 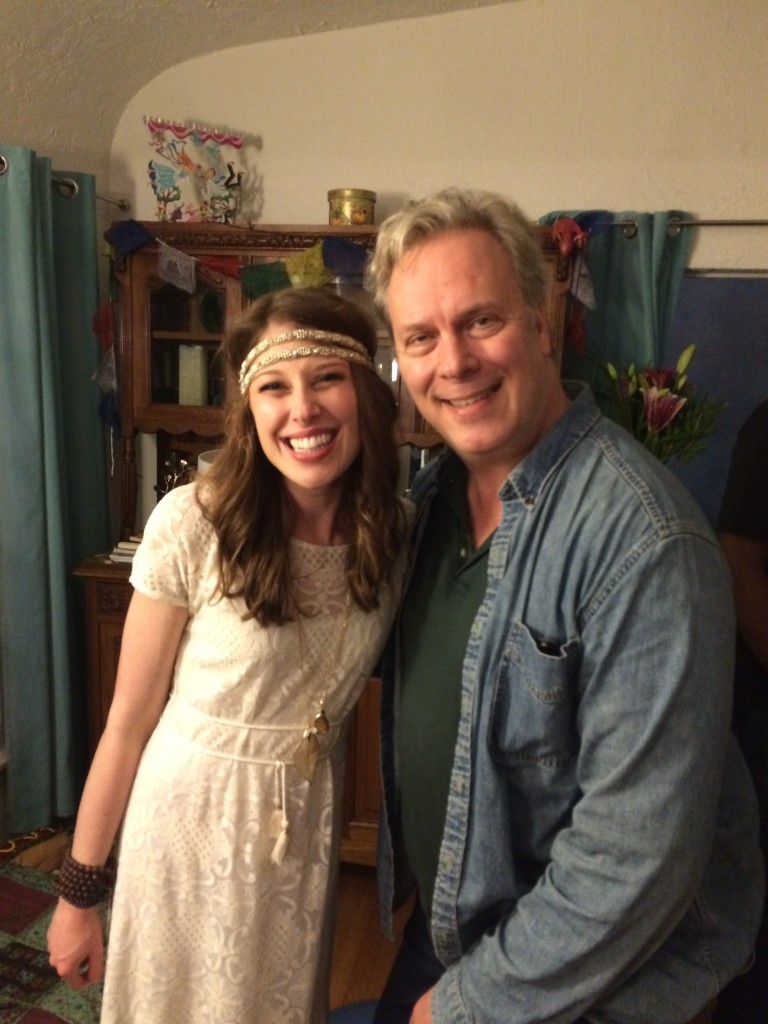 Paul and I after my 30th Birthday Cabaret show in LA