Episode 51: About theatre as activism, with Griffin Matthews 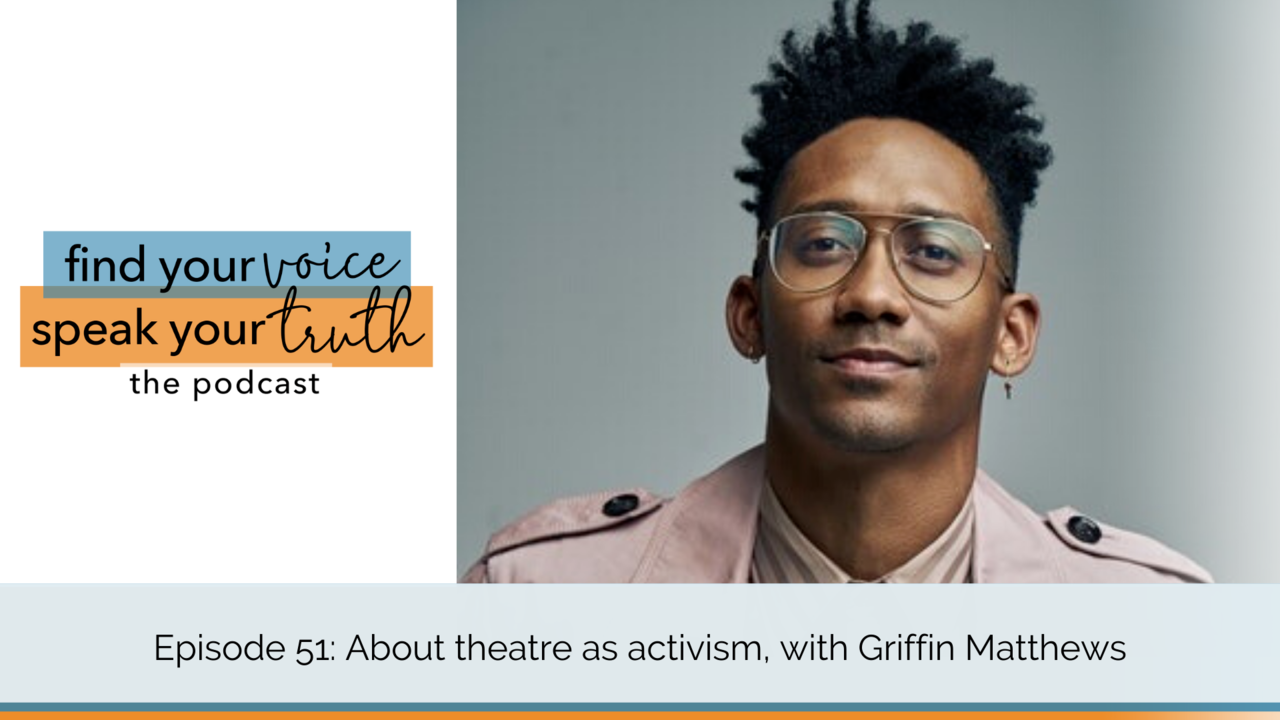 The week after George Floyd was killed, Griffin Matthews posted a video on his instagram feed speaking up about his personal experience with Broadway being racist. The video went viral and the conversation about racism in the American theatre exploded.

Though you may recognize Griffin as D’Unte on the television show Dear White People, he’s also the creator of an auto-biographical documentary musical called Witness Uganda. And my friends, I can tell you that Witness Uganda is an astonishing piece of art. I know because, starting in 2010, I was Griffin’s assistant on the show. What’s been heartbreaking is that over its years of development, Witness Uganda got derailed due to what can only really be called white-washing.

In this episode, Griffin Matthews tells the story of his experience developing Witness Uganda and shares why art can be the most powerful form of activism. Plus listen to the end and you’ll get to hear a song from the show!... 🧡

The Find Your Voice, Speak Your Truth podcast · Episode 51. About theatre as activism, with Griffin Matthews

Want to practice raising your voice and speaking your truth beyond the podcast? Check out the Voice Body Connection Membership Community HERE.

Read about and support the We See You Wat movement at www.weseeyouwat.com. (Sign the petition here.)

Shout out to the Boston Court theatre in Pasadena, California and Artistic Director Jessica Kubzansky, who connected me to Griffin in the first place back in 2010!

Here are videos from my 30th Birthday Cabaret show... the ones where I’m in a sparkly brown dress are in Griffin’s living room (and that’s his partner Matt Gould playing the keyboard!)

For information on how to join the Voice Body Connection Membership Community, visit www.voicebodyconnection.com/community.

As a member of the Voice Body Connection Membership Community, you get access to:

Our Editor is Sean Brennan

Our Photographer and Graphic Designer is Laura Sills

Our Videographer is Miguel Garzón Martínez

And our theme song is “Waters of Body” by Strange Weather

Please note that Amazon links in the show notes are connected to the Voice Body Connection Associates account. All other partner links are acknowledged. Thank you for supporting the podcast!