Take an online course with Elissa to learn techniques to help you speak with full vocal power and freedom.

If you want to work on your vocal health: 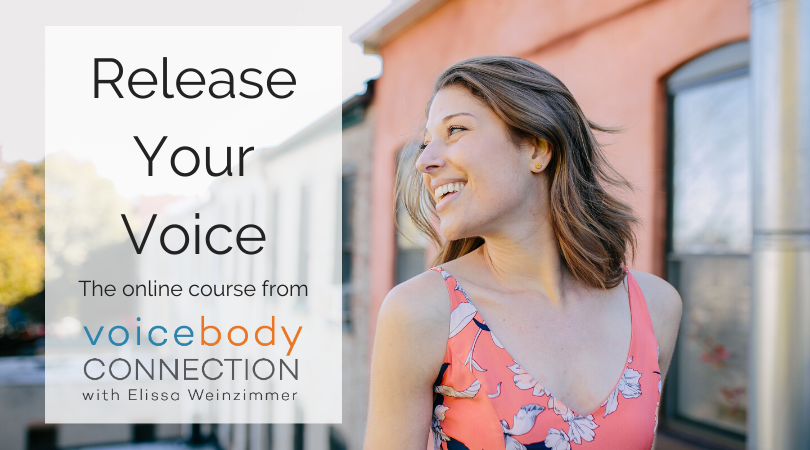 This 20 week long, deeply in-depth program is for people experiencing muscle tension issues that are inhibiting their speaking or singing voice. The program runs from January to June. Now open for enrollment! LEARN MORE AND APPLY HERE. 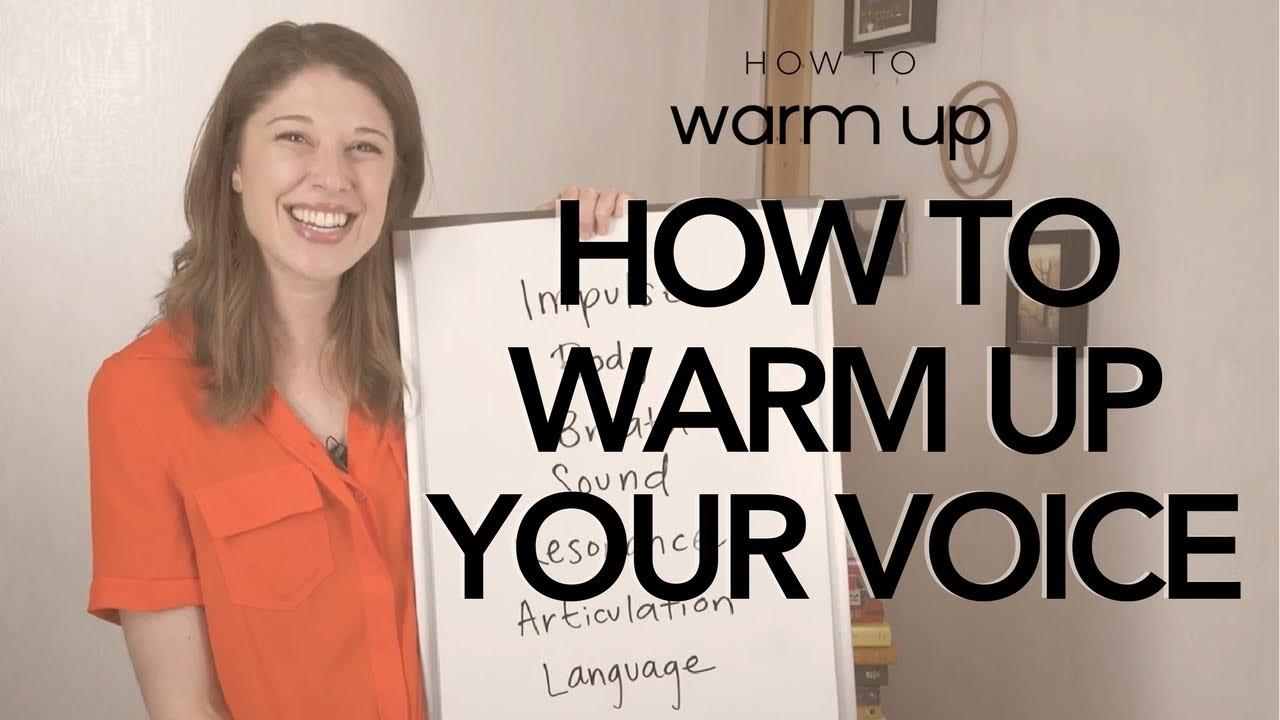 How To Warm Up

A free youtube video series that explains how to design your own physical and vocal warm up to prepare you for performances and presentations. Be sure to watch the intro video for context! WATCH HERE. 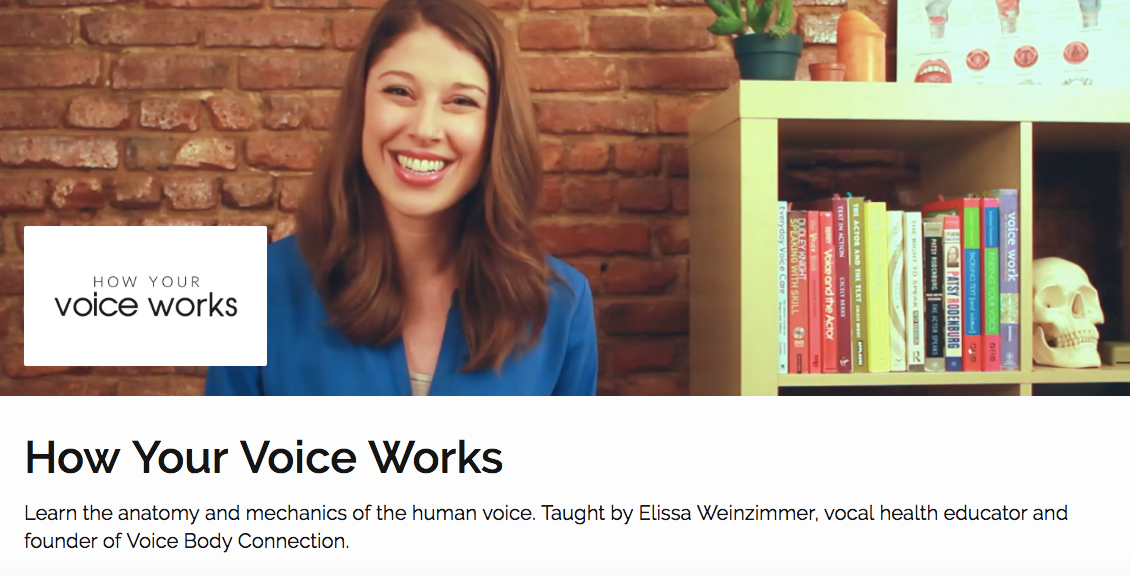 How Your Voice Works

The online course that explains the anatomy and mechanics of the voice. In seven steps: Impulse, Body, Breath, Sound, Resonance, Articulation, and Language, you'll learn how you produce sound and how to do so more efficiently. LEARN MORE HERE.

If you want to work on your presence and communication: 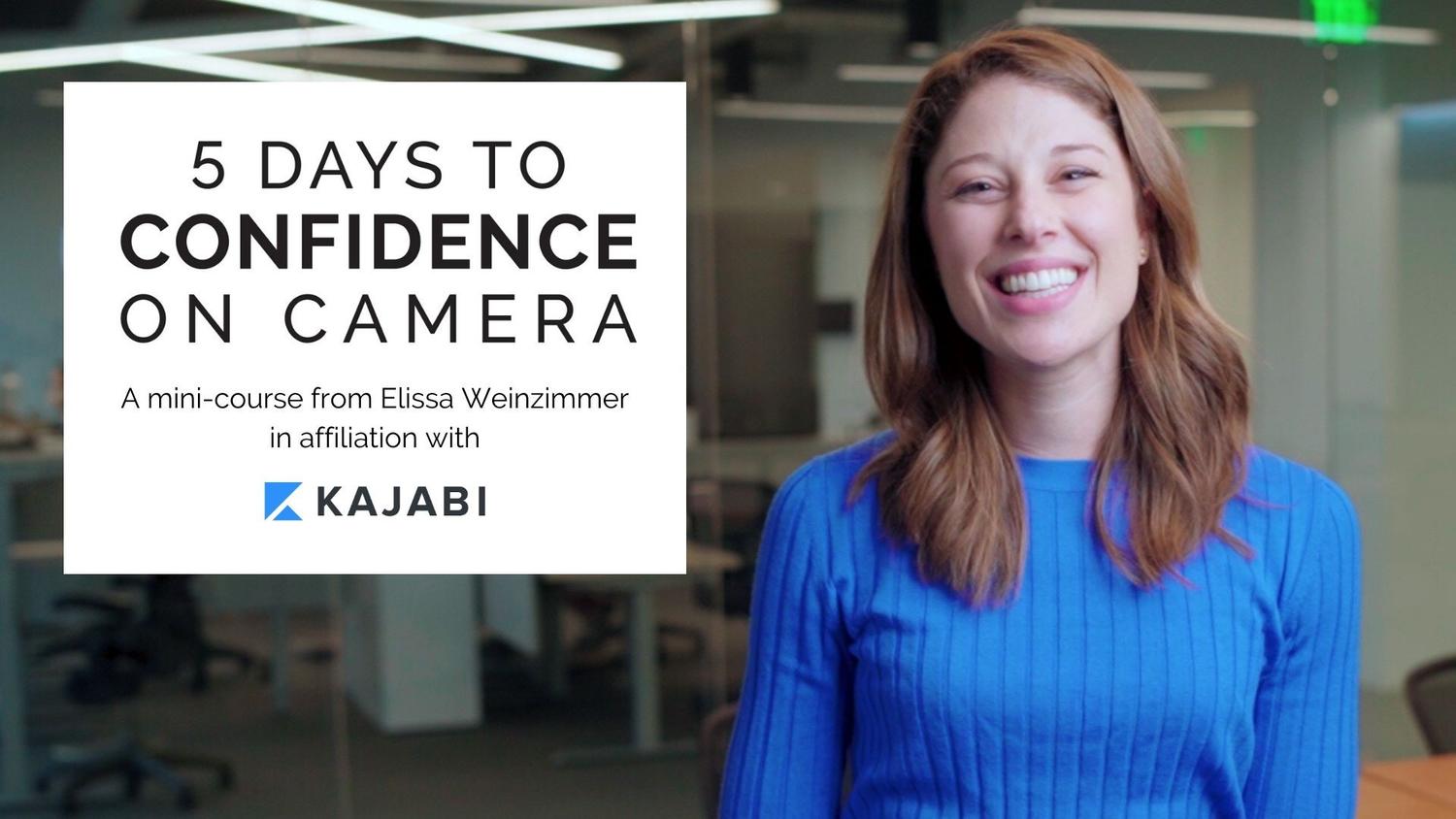 5 Days to Confidence on Camera

In this five day mini-course, created in affiliation with Kajabi, you'll learn five simple steps that will transform your ability to be charismatic on camera. ENROLL HERE. 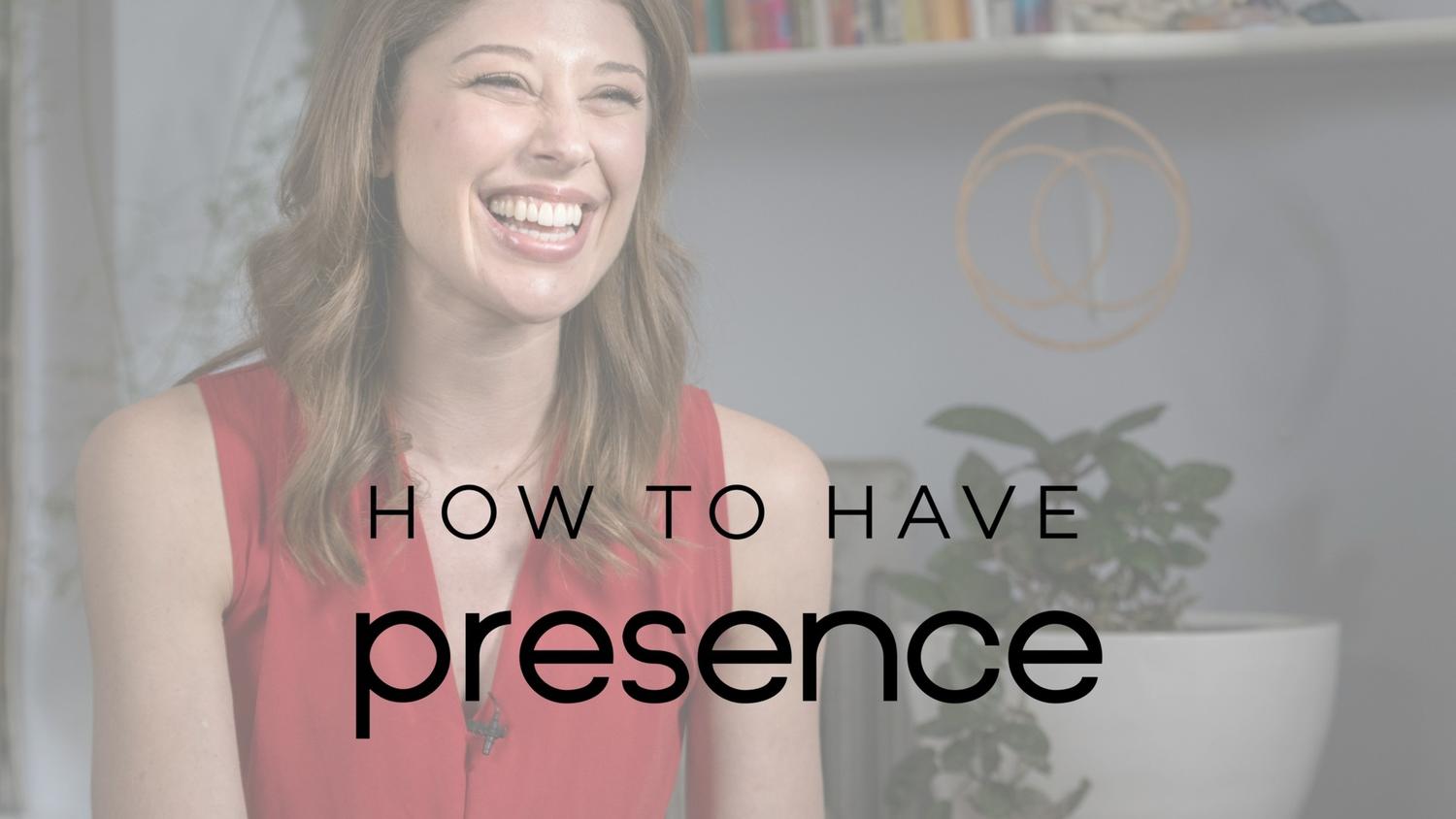 How To Have Presence

The online course that will give you a complete toolkit to be confident whether you're in front of a crowd, on camera, or in a meeting. In seven modules that cover Habits, Presence, Nerves, Embodiment, Voice, Message, and Memorization, you'll transform your presence. LEARN MORE HERE.

Elissa Weinzimmer is a vocal health educator, presence coach, and the founder of Voice Body Connection. After suddenly losing her own voice at age 21, Elissa began studying the mechanics of voice. Over time she developed a unique, concrete approach to coaching that empowers performers, leaders, and speakers to optimize their voices and share them more authentically.

Elissa holds an MFA in Theatre Voice Pedagogy from the University of Alberta and a BA from the University of Southern California. She is trained in Fitzmaurice Voicework®, Hatha yoga, and Body-Mind Centering®. In 2014, Elissa was the recipient of the Clyde Vinson Award for Excellence from the Voice and Speech Trainers Association.

Elissa is based in New York City, and is currently working on her first book.

Give us your info here and we'll send you a reminder when enrollment re-opens for December!